It takes a squad of players, split into two teams to successfully acquire and integrate a business. Each team is specialized, they have their own focus, and they are both mandated to make the whole process a success.

The Deal Team finds a potential acquisition, agrees a price and all of the conditions that go with it, creates the (sizeable) documentation and closes the deal.

The Integration Team plans and brings together the two businesses: the staff, technologies, business operations, processes, and the business cultures.

Let’s consider a few of the contrasting perspectives of the two teams over a range of topics.

The Deal Team usually starts an acquisition slowly and carefully, as it takes time to find, and negotiate the terms. However, there is extreme intensity in finalizing and closing the deal.

The ​Integration Team that is brought in later, must quickly understand the acquisition, plan the integration and prepare for the announcement on Day One. They bring the two businesses together over an extended period of time.

The Deal Team is mandated to include as few people as possible. Acquisitions are sensitive, and businesses often have a responsibility to not disclose possible deals.

The Integration Team has to prepare as many people as possible for immediate and important tasks, while still not disclosing information about the acquisition. After Day One, the integration process generates substantial work to be completed over an extended period of time, so for this team, the more people that are included in the preparation, the better.

When a Deal Team is told to acquire a business, the reasons for the acquisition are established at the beginning of their process. By the time the deal is being finalized, that reason is less important.

The Integration Team must understand the reason for the acquisition, as it affects the integration priorities, gives direction to combining the cultures, and identifies important projects that should begin as soon as possible. For example, if you’re acquiring a business to quickly grow sales in Texas, the integration team has to ensure that the Sales teams in that region are ready to go.

The Integration Team should focus upon the people, who generate the revenue for the financials.

Acquisitions should be part of a larger corporate strategy, devised by company leadership. Leadership will be deeply involved with the Deal Team to ensure the terms of the deal and the closing date are acceptable.

Integrations are long, hard, epic pieces of work. After the initial flurry of activity and excitement around the announcement, it requires a sustained focus to get the integration completed. To keep people focused on completion, the Integration Team needs leadership to be visibly involved and active. However, leadership has many initiatives, so it can be difficult to get their attention.

If necessary the Deal Team can cancel an acquisition. Nothing is final until the transaction takes place.

​The Integration Team can never cancel an integration. Once you’ve acquired a business, there is no going back.

What Does the Client Want?

There’s potential for discord between the two teams, as each team has its own focus and priorities. The overall process is a lot smoother when the two teams understand the other’s job, accommodate one another, and keep in mind what the client actually wants.

For more on this topic

Sign up for Managing Integrations, our online training for those who will set up and manage the integration of an acquired small or mid-size business

This blog was initially published on Intista.com. 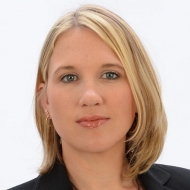