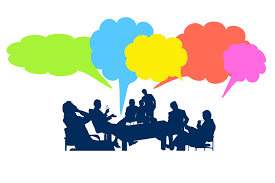 Gilmore Crosby’s book, Planned Change, is based on why Kurt Lewin’s Social Science is the best practice for business performance and change management. Planned Change is aimed at introducing Lewin in a new way, both simplified yet substantial enough to guide anyone who is trying to plan change, whether at the individual, group/team, organizational, or societal level. Crosby believes if you want to effectively implement change in an organization, Lewin’s methodology is the best option.

Kurt Lewin (1890-1947) earned a PhD and taught as a non-tenured “lecturer” at the University of Berlin. Lewin understood the minority experience in a way only a minority can. Him and his family were among the Jewish population during the rise of Hitler in Germany. Lewin fled to the US in 1933 when Hitler was on the rise of power, however, his mother was killed by the Nazi’s in a concentration camp. In 1944, Lewin founded the MIT Center for Group Dynamics. According to Crosby, if there was ever a riot, Kurt Lewin is who they would call to move people forward more effectively. In 1946, the T-group was born.

Kurt Lewin believed in nine principles of planned change. In his book, Crosby dives a bit deeper into a few of Lewin’s theories. Field Theory (#7) says that everything is in a quasi-stationary homeostasis. Lewin states that decisions have a systemic view that takes in to account the past, the present and future aspirations. Gilmore Crosby used the example of a mother of 5 children. Her decisions will be based on the well being of the entire family and what is best for them. There are many more factors that go into her decision making besides just her personality. Lewin believes that the whole of a situation must be observed and what’s driving behavior. Crosby discussed the marginal man, which is the person standing on the boundary between the minority group (MI) and the majority group (MA). The minority experience for Lewin was to always be on the margin.

Lewin’s Principle #4 was Democratic Principles and Leadership. Crosby explained Lewin’s Leadership Style Triangle. One corner of the triangle is Authoritarian Style. This style is considered “too controlling”, reactive, unreliable performance and low morale. The second corner of the triangle is the Democratic Style which is “balances/situational.” Characteristics of this corner include self-differentiation, high performance, low tension and high morale. Lastly, the Laissez-Faire corner is “too passive and reactive.” This also includes low performance, high tension and low morale. There are two axis – the Freedom Axis and the Leadership and Structure Axis. The Democratic and Laissez Faire Style fall on the Freedom Axis and the Democratic and Authoritarian Style fall on the Leadership and Structure Axis. Lewin and his group wanted to know it wasn’t just personality that effected these leadership styles. He created the formula B=F(P,E) which represents behavior as a function of the personality and environment. Lewin also included group decision making and that when people are influencing each other there is higher implementation of decisions.

Lewin’s 8th Principle is the Social Construction of Reality. He stated that in order to change beliefs and behaviors the individual has to arrive on their own and cannot be forced. Change is also much more likely through mutual explorations. Harping on Democratic Leadership, Lewin states that all are peers when in the role of a T-group participant. “The democratic leader has to be in power and has to use his power for active re-education.” -Kurt Lewin

The last principle, Group Dynamics (#3) Involves Interracial Commissions which are T-groups that were created by accident. A T-Group focuses on the self and others in the group. A T-Group task processes observation in the here and now. Lewin based learning involved T-group based learning and Leadership Development, Action Research/Survey based work group sessions, Action Research and Force Field Analysis in Whole Systems Planning and Implementation, Skill transfer to organization and Democratic Principles.